MR. FAHRENHEIT, STENCILED PART I : WHEN IT ALL STARTED 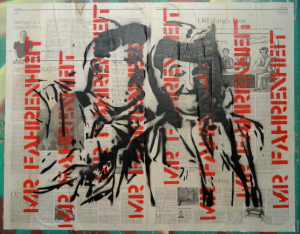 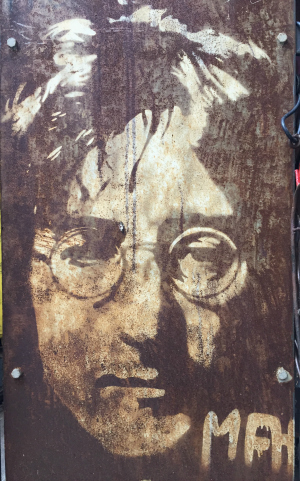 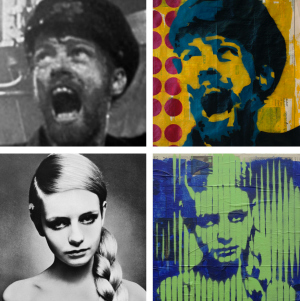 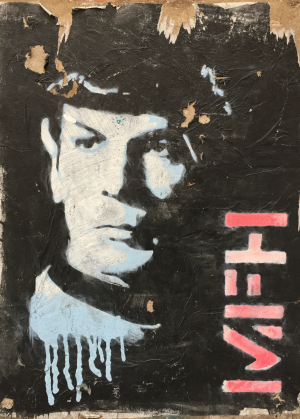 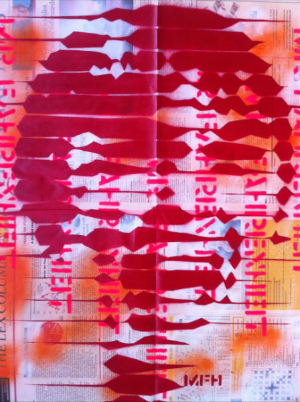 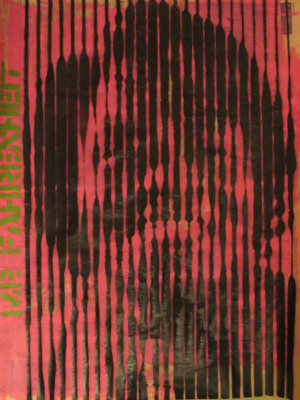 MR. FAHRENHEIT is a German stencil artist living in LONDON. The first time I ever saw a stencil piece painted and pasted by him was on Redchurch Street, back in May 2011. It was a reproduction of the famous comic and iconic duo STAN LAUREL and OLIVER HARDY, sprayed across a double page of The Financial Times dated December 31st 2010. Soon after that seminal discovery, I contacted MR. FAHRENHEIT with an interview request whose outcome was originally posted on a previous PLIPP blog in July 2011. Over the years, the style of the stencilist has remained immediate and referential, most often in the form of rough and raw portraits of artists, actors and athlethes of significant social or political pertinence. Since 2009, MR. FAHRENHEIT has deployed enough punch and mastery so as to impact our daily urban narrative, with so much dark enlightement and desperate illusion, in a way that it is unlikely any other artist working on this same stencil genre could ever match. As MR. FAHRENHEIT is about to release the conclusion of his artistic trajectory (Stenciled Part II), you are invited to drift back to 2011 and feel again the nascent vibe of our first encounter :

PLIPP : Would you please tell us more about your background ?

MR. FAHRENHEIT : Well … I can tell you that MR. FAHRENHEIT was born in the last century, growing up in a city with thrilling live and street art on the doorsteps. He was travelling since he could walk, visiting the whole of EUROPE and then later lots of other countries. Early on, he faced lots of different cultures and he met people in remote corners of the world. Starting painting was an expression of the funky MR. FAHRENHEIT soul. Walking through the streets of European cities, he discovered stencil graffiti and got influenced and really excited … MR. FAHRENHEIT was literally floating around in ecstasy ! Finishing his first stencil was the moment he found himself burning through the sky to thousand degrees and that is why he called himself MR. FAHRENHEIT. Soon was MR. FAHRENHEIT cutting stencils at the speed of light.

PLIPP : Where are you active right now ?

PLIPP : What is your perspective about street art ?

MR. FAHRENHEIT : Honestly, he doesn’t know. But what MR. FAHRENHEIT sees is something that comes up with new expressions since forty years, a movement that creates different styles and gives artists the opportunity to contact their audience every day in a direct way. Street art is spreading its messages across town, really ! And MR. FAHRENHEIT also thinks that neither the police nor laws can stop this street art movement … It gives something to the people in town, people like it … Well, some do not, obviously … But they are confronted with it and they have to think about the messages, conscious or unconscious.

Note : Additional excerpts from the interview of MR. FAHRENHEIT will be published in a new book due to be released by BRIGADIER PLIPP end of 2018.