DOCTEUR BERGMAN, WHEN A SCIENTIST DOUBLES AS A STENCILIST 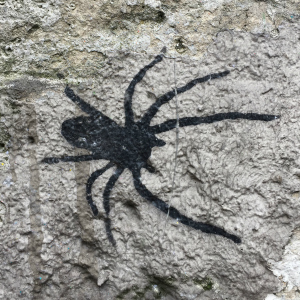 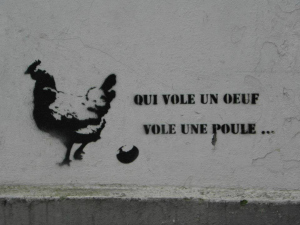 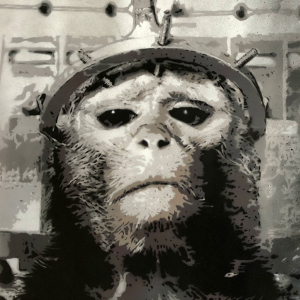 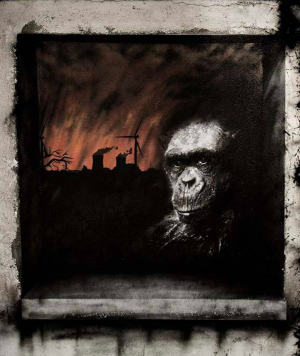 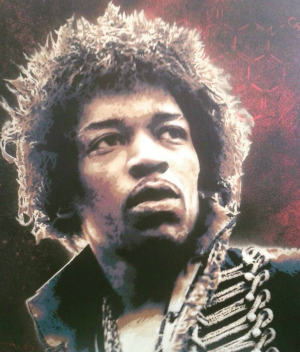 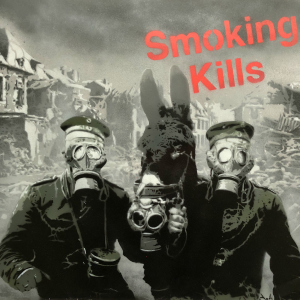 DOCTEUR BERGMAN is a prolific PARIS-based stencil artist equipped with a PhD in molecular biology. Acutely aware of all the vivisectionist atrocities done in the name of scientific advancement, DOCTEUR BERGMAN is under no false illusion about the current state of affairs between non-human animals and human animals. Through the grids of his stencils, the artist helps us look straight at how our lame and amorphous society is (not) confronting the political and social issues of our day. Cruelty, remisniscence of past wars, fear and the (ab) use of drugs are among the stencilistic themes DOCTEUR BERGMAN explores while following a persistent and pervasive trajectory running deep into our streets and cities. Whether spraying walls and canvases as a form of raw activism or bold criticism, his artwork is now becoming both essential and urgent. Here are some excerpts of our awakening conversation with DOCTEUR BERGMAN :

PLIPP : What is your perception of the current stencil scene ?

DOCTEUR BERGMAN : I would say that the stencil scene is expanding … There are more and more of them … It looks quite accessible, really … That is the great thing about stencils because they let you produce things quickly in the street. Stencils are first and foremost a street thing. Their simplicity seems rather obvious even if, as an approach, they are not actually as simple as all that. And then, there are all kinds of different stencils. Some artists are interested in quite graphic things, which are more likely to be single-layer with rather coarse lines, whereas others do multi-layer stencils, which, as a result, are much more realistic. It’s like two schools, in a sense. There are some who consider single-layer stencils as their trademark and others who prefer to continue developing their style. I mainly do very realistic multi-layer stencils. I’m a scientist so, for me, everything is focused on the next experiment. That being said, I only notice stencils by other artists when they are beautiful. I don’t look too much at their technique. There are lots of them that are really bad. For those people who are not really in their element, at a graphic or artistic level, stencils are not that much accessible and the outcome will not be very detailed … It is going to be a bit messy … In addition, in some cases, the stencil template may not be applied correctly and some of the paint will spread underneath … Not good. I understand the Urban Art aspect that is put forward but aesthetics needs to come into it all the same.

PLIPP : How did you start stencilling ?

DOCTEUR BERGMAN : I began by painting spiders in the street. I have done loads and loads, even thousands of them, since 2010 ! I am really afraid of spiders … I am totally arachnophobic so I said to myself that if I am afraid of spiders, I am going to make other people afraid as well. As I am a scientist, I said to myself that I was going to start by causing a small discharge of adrenaline … And then, when people realize that it is not a real spider, their brain would release a small discharge of endorphins ! That was the whole idea. I quite like it that people tell me stories about my spiders … They do cause a small reaction. I call it my big joke. I could stop doing my spiders and do something else but I think that I will always keep on doing them because my big joke is far from finished. My spiders are for the street. They are not signed. I don’t do them on canvas. Otherwise, most of my current multi-layer stencils are actually rather sad. I use them mainly to denounce things. At the start, I made a few stencils with written words, small single-layer stencils with words … They were single-layer but I quite quickly realized that I could do two layers before thinking that I could actually do even more layers, in fact. For me, it’s important that my stencils impress people because they don’t understand how I manage to get that result with stencils. My pieces are often extremely detailed. The layers are so mixed up that, after a while, you can’t distinguish between them.

PLIPP : What is it that you try to denounce ?

DOCTEUR BERGMAN : Animal-related issues, for example. I am very much in favor of defending animals. The way that animals are treated has become so commonplace that it shocks me that nobody is shocked, in fact. And the reason why animals suffer so much today is money. It is because they have to be profitable. I am quite angry about that. So, I want to defend the cause of animals with my stencils. The Middle East is another subject that appals me. I consider that it is western terrorism, which is much more lethal than eastern terrorism. They don’t destroy buildings or whole districts with shelling bombs, after all … It is not the same level. My stencils enable me to develop my argument. Art lets me express my views on that subject. But I do it subtly, all the same. I don’t put any message. It is not a protest. I don’t tell people what to do or think. I don’t do it to impose a message onto them. I don’t tell people whom to vote for. If I paint a stencil of an explosion in a residential area and a child with a smashed-up face in the foreground, the picture speaks for itself, I think. If I paint a monkey with things screwed into his head, in animal experimentation mode, people understand immediately. And I declare clearly that I have put that picture there, in front of them. I am an activist, in a way … I am a street activist. I go out in the evening. But I remain subliminal. If I am going to do a great stencil of Jimi Hendrix, for example, then I am going to put a small molecule of LSD above his head. I am standing up in a small way for drugs … I am not saying that these people became great artists because they took drugs … I am saying that taking drugs didn’t prevent them from becoming great artists !

PLIPP : Can you tell us more about your technique ?

DOCTEUR BERGMAN : I cut my stencils by hand, mainly using paper. I like the ephemeral nature of paper. I can cut for hours and hours. After a while, I don’t notice time passing. I have nothing against lasers, which are extremely precise, but personally I prefer hand-cutting. The stencil itself is a work of art … The stencil grid is actually worth more than the paint ! So, I make the most of my time spent cutting to watch series or documentaries, things that I don’t need to watch too closely. I take advantage of documentaries to learn things … I also use them to find pictures for my stencils. If I do a series of stencils on films, for example, I will take ten or so still pictures per film and then convert them into stencils before choosing which one I am going to use. For the painting, I start by marking where the stencil will go and then I spray a background. If I am doing a portrait, the background will not be the same for the face as for the rest of the body. The aim is to make the face stand out. The background is never uniform.  So when I paint, I use several different paints for each layer. For example, I use some blue and then I shade in some grey … I make it lighter or darker… Otherwise, it would be a bit flat. This means that I never do the same interpretation of a stencil twice. I make variants. For me, the interest of stencils is playing with colors. It is having fun with colors within the shapes that are defined by the stencil template so as to produce the best possible effect. The only exception is for my spiders as they are made specifically to be always the same so that they are immediately recognizable.

PLIPP : Do you have any plans or projects for the future ?

DOCTEUR BERGMAN : There are still a few avenues to explore. I have this idea of adapting stencils to engraving, for example. It is something I have already had a go at. I make a stencil on a metal plate and then drop the plate in an acid bath. The paint stops the acid from reaching certain parts of the plate … It eats away all around the stencil but not the stencil itself. It is a technique that I want to continue exploring for the very special effect that it will give. Another possibility is using acetone. I am also playing around with fabrics and very thin plastic films and it gives a nice effect, a material effect that I am very happy with. On another level, I would quite like to travel … Travelling with a purpose. I would love to be invited to come to some place and paint my stencils or to be funded to do a trip and then come back with a kind of documentary, with some sort of a travel diary or sketchbook made up of my stencils. I would also like to give small workshop-type courses to fund my art and buy my spray paints and paper.

DOCTEUR BERGMAN : I would like to introduce the notion of speciesism which is completely ignored by everyone ! Speciesism is like racism and sexism. It is about exploiting a species because it is considered inferior. I am against speciesism !

Note : Thanks to BEN SPIZZ (Lavo//matik gallery, Paris) for his expert recommendation and for promoting the stencil artwork of DOCTEUR BERGMAN with so much passion and dedication.

Note : The interview took place at the Café La Grisette on the Quai Valmy, Paris 10ième.

Note : Translation of the interview from French to English was performed by CAPPLEMAN TRANSLATIONS.

Note : Additional excerpts from the interview of DOCTEUR BERGMAN will be published in a new book due to be released by BRIGADIER PLIPP end of 2018.