MR. FAHRENHEIT, STENCILED PART II : WHEN IT ALL ENDED 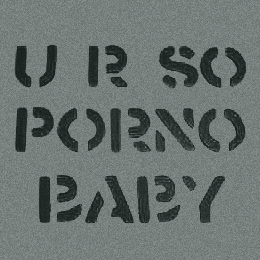 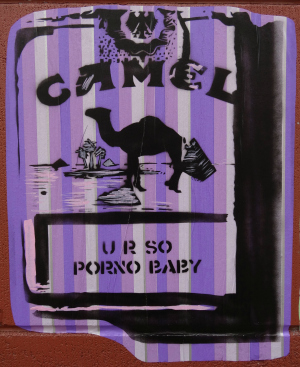 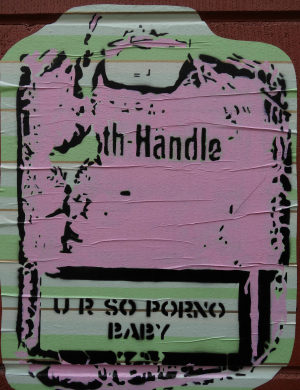 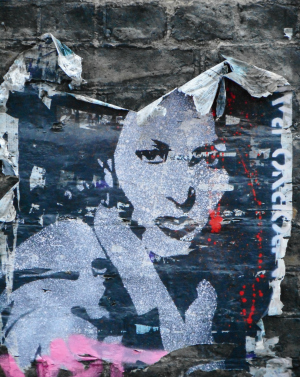 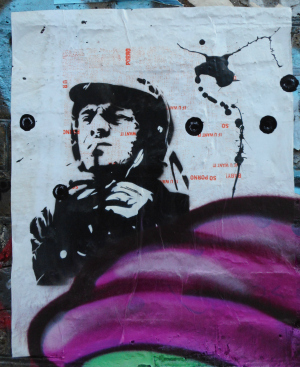 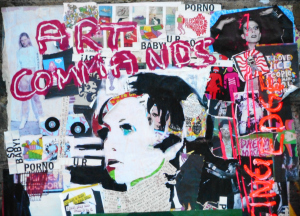 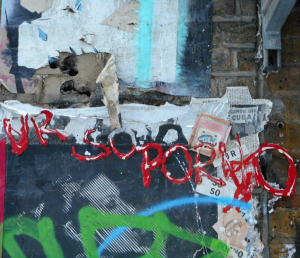 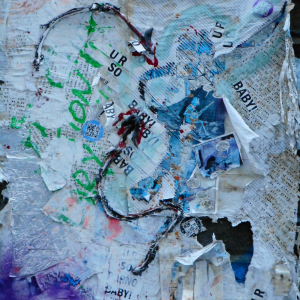 Once one of the most prolific stencil artists in LONDON, MR. FAHRENHEIT has now decided to call it quit ! Indeed, after spending a decennial effort to create and spray his own huge collection of illustrious portraits across many cities, MR. FAHRENHEIT has seen all sides of the stencil equation and his conclusion is radical but unescapable : the street art culture is being slowly destroyed by a lethal combination of increasingly more assertive moneyed interests and a growing bunch of fakers who are ruining it from within. Sincere and honest in his engagement to defend the pristine illegality and pure innocence of street art, highly-principled MR. FAHRENHEIT will not compromise … At least not until a final and brutal twist in his narrative that concluded MR. FAHRENHEIT urban journey with a completely shocking revelation ! We should listen to what “he” says :

PLIPP : Are you really stopping stenciling ?

MR. FAHRENHEIT : Yes, it is time to release the tension … If you are at the point where you think it can’t get better anymore, then you have to say goodbye to it all !

PLIPP : Can you explain your decision a bit further ?

MR. FAHRENHEIT : Well, MR. FAHRENHEIT was having some fun in the beginning. It was about developing something with stencils that interacts with the people in town … What I did with MR. FAHRENHEIT was not a part-time job … I was working constanly. I think I was the one who provided the most street art over the last years in LONDON. I don’t want to know how many kilometers of paper I have been cutting and how many books I have destroyed to get my stencil images. But lately, I think I came to a point where I saw that it makes no sense anymore to carry on … In LONDON or BERLIN, in HAMBURG or DUBAI, no matter where, it doesn’t make sense anymore because MR. FAHRENHEIT has now decided that street art is dead ! That is the point … Street art is completely dead !

PLIPP : Why do you claim street art is dead ?

MR. FAHRENHEIT : When MR. FAHRENHEIT started with street art and stencils, it was not about getting famous … It was not about making money out of it … It was just street art. But what happended during the past years, I would say since 2013, is that more and more people with zero skills thought they might make a career in street art … These people with even less than zero skills wanted to get famous … They just realized that street art might be a good idea to raise attention but there is no context to what they are doing. It has absolutely nothing to do with where they are doing it and why they are doing it … They just know someone who knows where there is a copy machine. So they copy something and then they glue it somewhere in town. I can’t barelly imagine that anybody would actually want to see that shit on walls … But, well, it is just about getting famous and selling some stuff in galleries and making some more sales … It is about bringing something onto a wall because they have an exhibition in some gallery next week … So, what happened is that all this is bringing everything down in a way. This has nothing to do with me anymore.

PLIPP : Do you have specific exemples in mind ?

MR. FAHRENHEIT : I remember recently there was someone who took a picture of one of my stencil pieces and posted it on social media and … Well … By incidence, there was also a small little part of another piece by another guy on the picture that you could see a little bit caught near the bottom of the photography … And, you know what … They were more comments about that small piece than about MR. FAHRENHEIT … So I think respect got completely lost ! You would put a piece on the street and two days later it wouldn’t be there anymore … Not because the owner of the house removed it or something like that … No, no … Just because someone completely untalented, completely uncreative, HAD to go over it for whatever reason ! And that is the point … I am NOT the one who is delivering something into town to provide a platform for others. I am not playing the game anymore… I am not interested in being the springboard for others ! I am not the one who supports people taking pictures. I don’t want to take part in a game that is driven by some stupid idiots chasing fame and money.

MR. FAHRENHEIT : The original idea of MR. FAHRENHEIT and doing stencils was that you could do something quite quickly, either spraying directly on the wall or preparing something in the studio and then pasting it into the street. The political message was simply “You are so porno, baby, if you want it”. And it worked quite well … So people started to wonder what this sentence does mean … Why porno ? Why baby ? Did it matter ? That was quite interesting for me that people asked me what does it mean … People are structured in such a rigid way, with so many conventions and rules … So bringing that sentence into town was like stretching their brain a little bit ! I told them I am not the one who is giving them any explanation. I told them to go home and have a drink, perhaps a glass of milk, and relax because it has no meaning at all … So people were getting annoyed … They were getting really angry. I often realize that most people who took a picture of my pieces don’t even realize what I did. They are talking the whole day about something without thinking about it. Street art should be quick in a way, but there is not always a meaning behing it.

PLIPP : So, your sentence is final ?

MR. FAHRENHEIT : Yes ! Street art is dead. In BERLIN, they even opened a street art museum earlier this year … What a shit, this street art museum … It is taking something out of its context. It is bringing it into an artificial environment. It has nothing to do with the people. It has nothing to do with the town. It doesn’t even interact in any way … It is just decoration. Street art has nothing to do with something that looks nice … Street art was always something different … Quick, during the night, outside, illegal and not official ! Street art IS vandalizing, nothing else. When I was doing stencils, it was always illegally. Everything was completely illegal. I never did my stencils for the fame. I have never tried to get an exhibition … And, yes, I believe that the moment it gets legal, it is not street art anymore. It is not street art to do something onto a pedestrian walkway … It is not street art to do commissioned work. Some people try to give it this new name of urban art or whatever but, no, all this is shit … Nothing else. It is like advertisement on a billboard … Nothing else.

MR. FAHRENHEIT : No … I don’t think I am coming back because there is simply no reason for coming back. I am stopping MR. FAHRENHEIT and I am moving on to something else with a different name. I am moving to other projects that are more interesting for me. Something new that will be even more interesting than whatever I did before …………………………………….. Well, now that all this is behind me, I have to reveal to you and to the public that I am not MR. FAHRENHEIT … And MR. FAHRENHEIT has nothing to do with street art ! MR. FAHRENHEIT was nothing else than an art project, a very large and long running art experiment. Street art was just a projection for the project that was born ten years ago with three men in great champagne mood on a sailing yacht. I tell you the story, in short : That night, these three men agreed on the terms and conditions of a huge bet involving a quite unaffordable painting that would change hands is the bet was to be lost. One of the main terms of the bet was to develop, from scratch, a street artist, a slogan and a brand over at least three continents and over a period of ten years. MR. FAHRENHEIT was created as a result of this conversation … Again, I am not MR. FAHRENHEIT … I am just a guy who met him at some point and decided to help him during all these years … It was just a game !

So, the not-MR. FAHRENHEIT-guy has now written a book, as of now only available in German, about the MR. FAHRENHEIT street art project and the whole story behind it :

Credits : Photos used in illustrations 1 to 4 have been contributed by MR. FAHRENHEIT. Photos 2, 3, 5, 6, 7 and 8 have been taken by the author in either BRUSSELS or LONDON.

Note : This final interview took place during a great dinner at BALTIC, a wonderful restaurant in LONDON that is equiped with more than 70 varieties of vodka and conveniently located near the Blackfriars subway station and Waterloo train station.

Note : Additional excerpts from the interview of MR. FAHRENHEIT will be published in a new book due to be released by BRIGADIER PLIPP end of 2018.